The House Jan. 6 committee has heard dramatic testimony from former White House aides and others about Donald Trump’s relentless efforts to overturn the 2020 election — and his encouragement of supporters who stormed the U.S. Capitol bent on achieving his goal. But the big question remains: Was any of it criminal?

Cassidy Hutchinson, an aide in Trump’s White House, added fresh urgency to the question Tuesday as she delivered explosive new testimony about Trump’s actions before and during the Jan. 6, 2021, insurrection. She said Trump was informed that there were armed protesters at his morning rally before he stood onstage and told them to “fight like hell” at the Capitol. Then he argued with his security detail, she said, trying to go with the crowd.

Trump’s aides knew there could be legal consequences. Hutchinson said White House Counsel Pat Cipollone told her “we’re going to get charged with every crime imaginable” if Trump had gone to the Capitol that day as Congress was certifying President Joe Biden’s win. Cipollone said Trump could be exposing himself to obstruction of justice charges or defrauding the electoral count, she said. 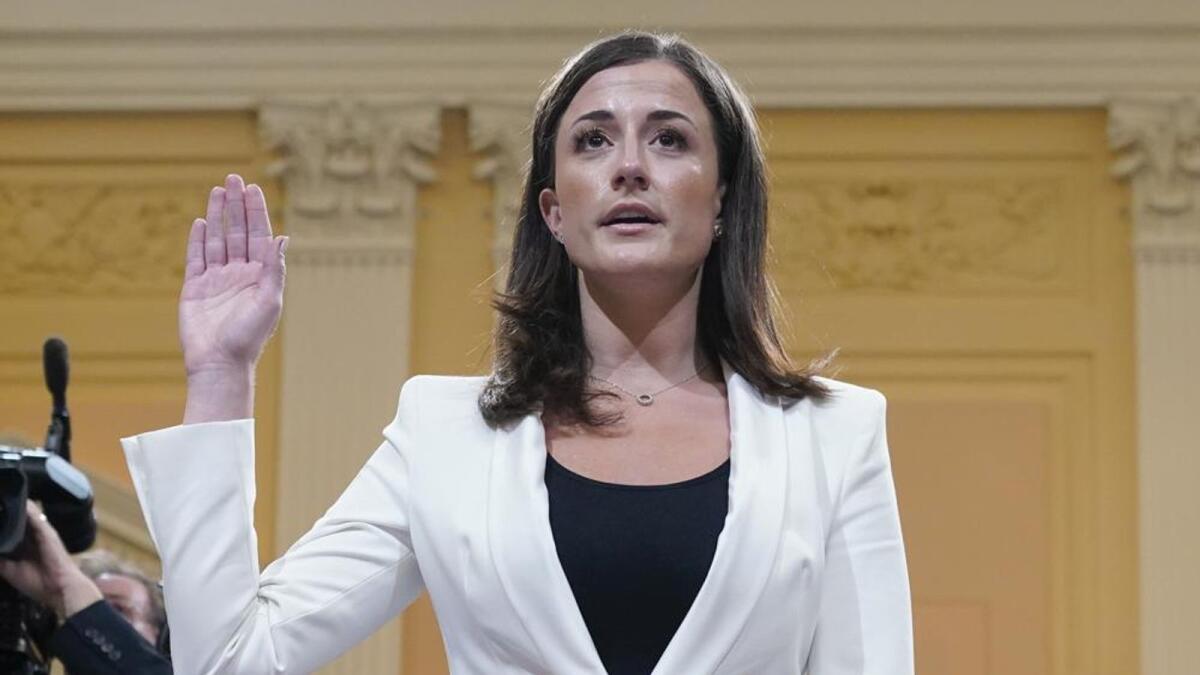 On the heels of Hutchinson’s public testimony, the House committee on Wednesday issued a subpoena for Cipollone, saying in a letter that while he had provided an “informal interview” on April 13, his refusal to provide on-the-record testimony made their subpoena necessary.

The Justice Department has recently expanded its investigation into the Jan. 6 attack, targeting some of Trump’s allies in Washington and around the country who participated in his scheme to invalidate Biden’s victory. But prosecutors have not indicated whether they will bring a case against the former president.

A look at potential crimes, and what Congress and the Justice Department might do:

What has the evidence shown?

Witnesses have testified that Trump was repeatedly advised by campaign aides and top government officials that he had lost the election to Biden and that his claims of widespread voter fraud were divorced from reality.

Yet he pressed ahead, shouting the false allegations that culminated in the riot at the Capitol. 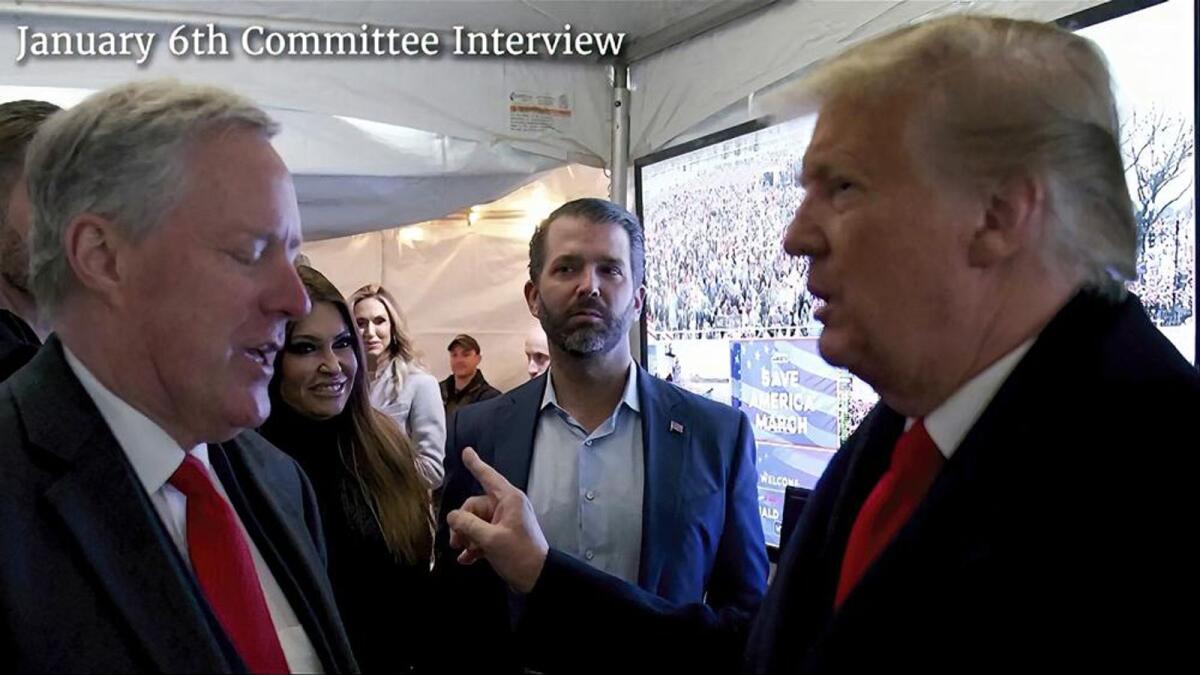 Still in office, he leaned on the Justice Department to get government law enforcement officials to take up his cause. He pressured the states — asking Georgia’s secretary of state to “find” votes, for example — and Vice President Mike Pence, who was presiding over the joint session of Congress that day.

Hutchinson testified that Trump said he wanted metal detectors removed from the area near where he was delivering a speech on Jan. 6. He said it did not matter to him if the supporters, who were to head to the Capitol, were carrying weapons because they were not there to hurt him.

Trump took to his social media website on Tuesday to deny much of Hutchinson’s testimony, which was based on both her own interactions with Trump and information from others who talked to him that day. 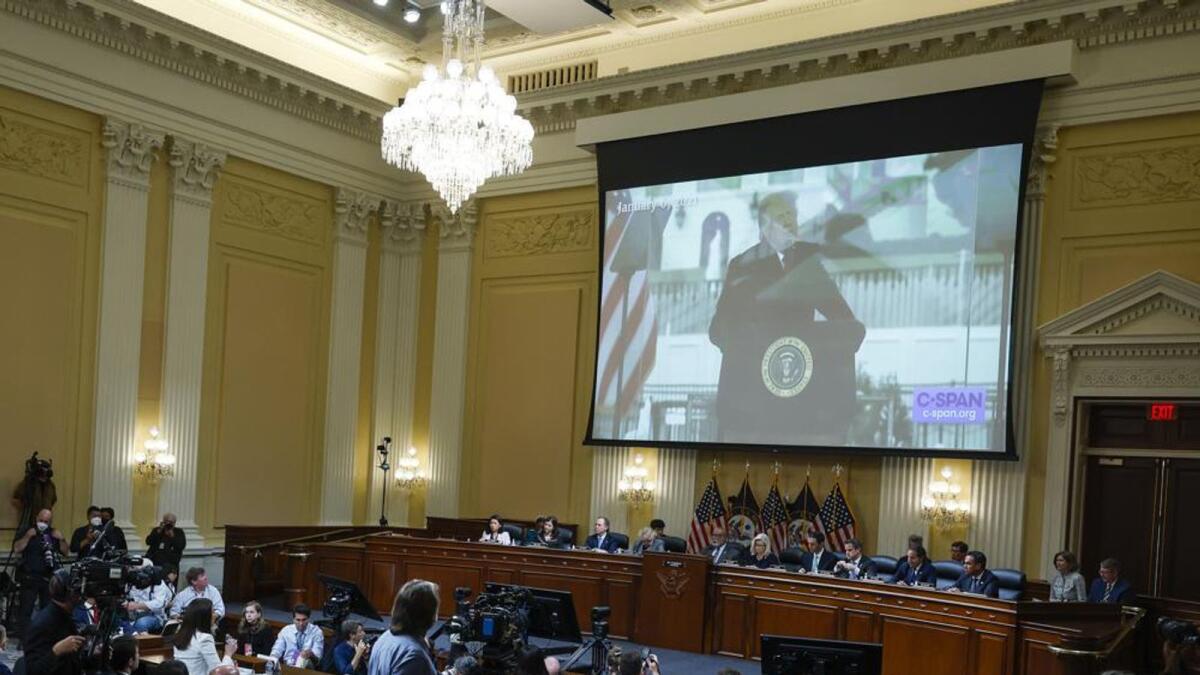 Were any crimes committed by Trump?

He hasn’t been charged, but legal experts believe the testimony, presuming it can be corroborated, does give prosecutors avenues to pursue.

Federal law, for instance, makes it a crime to incite, organise, encourage or promote a riot like the one that enveloped the Capitol. But that’s a high bar for prosecutors to clear. Trump’s exhortation to “fight like hell” could be construed as a more general call to action. He was acquitted by the Senate of an incitement charge in his impeachment trial after the insurrection.

Still, a federal judge in February, in rejecting a request by Trump to toss out conspiracy lawsuits from Democratic lawmakers and two Capitol Police officers, said Trump’s words “plausibly” led to the riot. And Hutchinson’s first-hand account of hearing Trump complain about metal detectors suggested he was aware that some supporters were capable of violence but brushed it off.

A more likely option for prosecution, said Jimmy Gurule, a former federal prosecutor who is a Notre Dame law professor, would be to pursue a case that Trump conspired to defraud the United States through his wide-ranging efforts to overturn the election and to obstruct the congressional proceeding at which the results were to be certified. 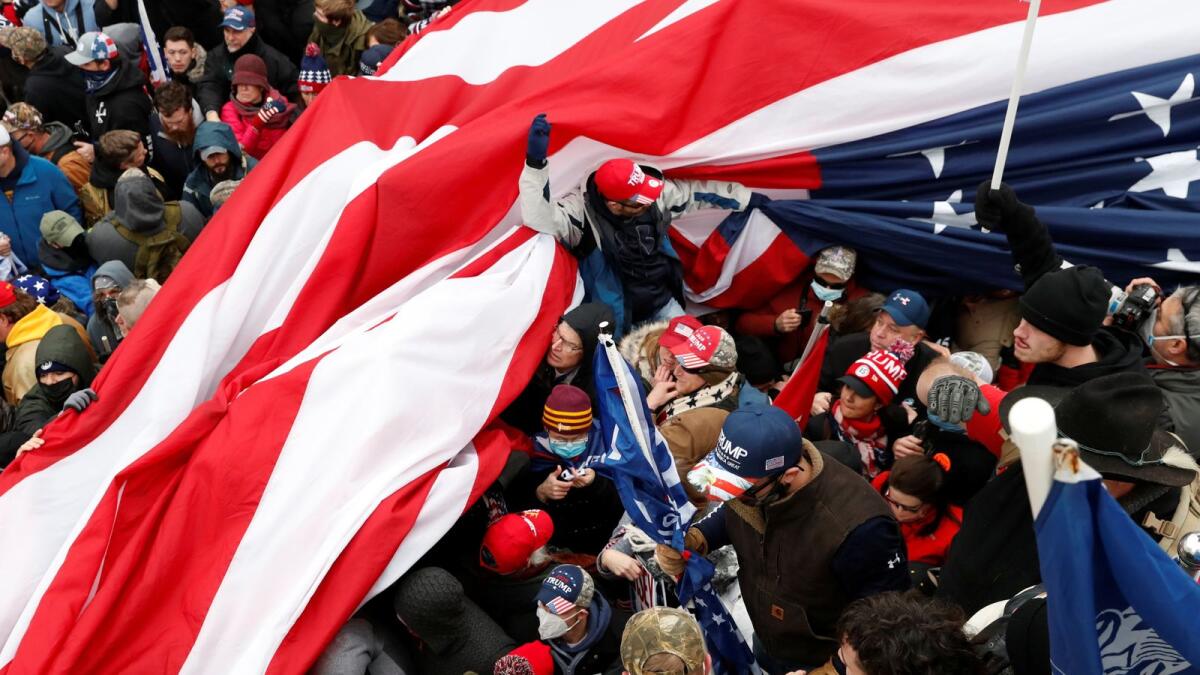 Protesters clash with Capitol police at a rally to contest the certification of the 2020 U.S. presidential election results by the U.S. Congress, at the U.S. Capitol Building in Washington, U.S, January 6, 2021. Photo: Reuters

That broad statute was cited by the House committee when it asserted in a March legal filing that it had evidence Trump had engaged in a “criminal conspiracy.”

“He was perpetuating the big lie. To what end? To remain in power and to prevent Biden from assuming the reins of the presidency,” Gurule said. “It was fraud on the American people.”

Some legal experts say it doesn’t matter if Trump believed the election was stolen or not. But others say much would depend on the president’s intent and state of mind and whether he supported activities he knew to be unlawful. Though witnesses have testified under oath about telling Trump he had lost, it would be hard to prove what he actually believed.

“I can confidently say that any serious felony-level federal crime that is going to be charged here is going to require proof beyond a reasonable doubt of criminal intent,” said Samuel Buell, a Duke University criminal law professor.

“Any argument that he doesn’t believe that he’s doing something that is against the law … is still an argument he can make and still something the prosecutor has to prove.”

Will the justice department actually bring a case?

That’s anyone’s guess. The congressional hearings have produced eye-popping testimony, but the one-sided presentation of facts, with no opportunities for cross-examination of witnesses, is a far cry from the burden of proof and trial constraints in criminal prosecutions.

One of the more striking accounts from Hutchinson — that Trump, irate at being driven to the White House instead of the Capitol on Jan. 6, tried to grab at the steering wheel of his presidential vehicle — was something she heard second-hand, likely inadmissible before a jury.

There are clear signs prosecutors are moving beyond the rioters, serving subpoenas last week on multiple state Republican Party chairmen in examining a scheme by Trump allies to create slates of alternate, or fake, electors in an attempt to subvert the vote.

Attorney General Merrick Garland, a former federal appeals court judge and circumspect by nature, has pledged the Justice Department will hold accountable wrongdoers “at any level” — more than 800 people have been charged so far — but he has not said one way or another that he’s considering a case against Trump.

Some Democrats in Congress have been pressing Garland to act. The Jan. 6 committee itself could make a formal criminal referral based on its more than 1,000 interviews. The Justice Department wouldn’t have to act on such a referral, but it has been pressuring the panel to hand over its interview transcripts as it weighs making its own case.

There’s no legal bar to prosecuting Trump as a former president. Since he is no longer in office, Justice Department legal opinions that shielded him from criminal charges no longer apply.

But while it may be hard for the department to turn away from a case if the cumulative evidence is provable beyond a reasonable doubt, there are other factors to consider. No former president has ever been prosecuted by the Justice Department, and a criminal case against the already polarizing former president risks dividing the country even further.

Trump has also been laying the groundwork for another presidential run, and the department may want to avoid any perception that it is targeting a political adversary of Biden in the heat of an election.

OMAHA, Nebraska — A Nebraska woman has been charged with helping her teenage daughter end her pregnancy at about 24...

Elon Musk offloaded $6.9 billion of stock in Tesla Inc., the billionaire’s biggest sale on record, saying he wanted to...

BEIJING – The capital of China's Hainan province has locked down its residents for 13 hours on Monday as a COVID-19...

Hong Kong will shorten the COVID-19 hotel quarantine period for all arrivals to three days from seven, taking another step...