Lydia Ko failed to challenge for her third major title, finishing 10 shots behind Jennifer Kupcho who took out her first LPGA title at the Chevron Championship.

After a strong start, Ko struggled to get going in her second and third rounds to go into her final day without a chance of worrying the runaway leader Kupcho.

She ended the tournament with a one-over 73 (three birdies, two bogeys and a double bogey) to finish in a tie for 25th at four-under.

But it was Kupcho’s day despite a poor final round, taking the last victory leap into Poppie’s Pond and ending the tournament best known as the Dinah Shore’s half-century run at Mission Hills in the California desert.

Six strokes ahead entering the round, Kupcho shot a two-over 74 for a two-stroke victory over Jessica Korda. The 24-year-old from Colorado finished at 14-under 274 for her first LPGA Tour title.

The event that started in 1972 as the Colgate-Dinah Shore Winner’s Circle and became a major in 1983 is moving to Houston next year after failing to attract a sponsor willing to keep it in the desert. 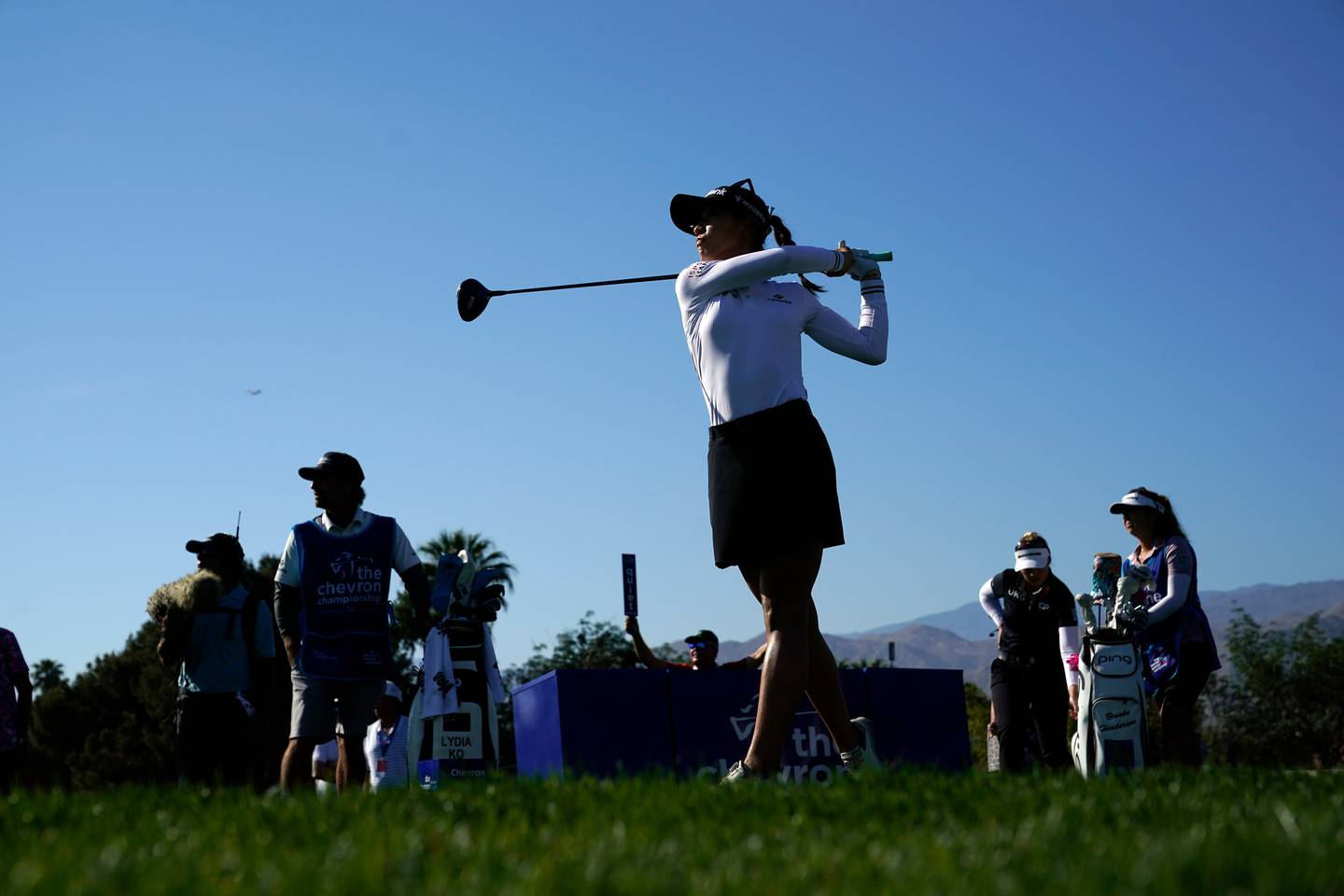 Seven strokes ahead of Korda and defending champion Patty Tavatanakit at 18 under after holing birdie putts over 30 feet on the par-4 fourth and par-3 fifth, Kupcho played the final 13 holes in four over.

Korda shot a 69. Fighting a back problem, she holed her approach for eagle on the par-4 third and pulled within four with birdies on Nos. 11 and 12.

Korda was only two strokes back after Kupcho bogeyed 13 and 14, but fell three behind with a bogey of her own on 15 and parred the last three.

Kupcho pushed the advantage to four with a 3-foot birdie putt on the 15th, and Korda missed a 12-foot birdie try soon after on 16. Kupcho bogeyed the final two holes, three-putting the par-5 18th.

The first US winner since Brittany Lincicome in 2015, Kupcho opened Thursday with a 66 for a share of the lead. She had a 70 on Friday and shot 64 on Saturday to break the tournament 54-hole record at 16 under. She missed a chance to break the 72-hole mark of 19 under set by Dottie Pepper in 1999.

Kupcho won three years after after passing up a spot in the event to play and win that week in the inaugural Augusta National Women’s Amateur. She also won the 2018 NCAA individual title for Wake Forest.

Pia Babnik of Slovenia closed with a 66 to finish third at 11 under.

Tavatanakit, playing alongside Kupcho the last two days, birdied the 18th for a 72 to tie for fourth at 10 under with 2014 winner Lexi Thompson (68), second-round leader Hinako Shibuno (66) and Celine Boutier (67).

Next post Early Odds On 2022-23 College Basketball Season: Who Is Favorite To Win National Championship?