The Japanese Defense Ministry on Wednesday morning reported a suspected missile launch by Pyongyang, with South Korea’s Defense Ministry soon clarifying that it believed the operation had failed.

What do we know about the launch?

“North Korea fired an unidentified projectile from the Sunan area around 09:30 today, but it is presumed that it failed immediately after launch,” Seoul’s Joint Chiefs of Staff (JCS) said in a statement.

The JCS added that US and South Korean analysts were conducting further  investigations.

Japanese Chief Cabinet Secretary Hirokazu Matsuno told reporters that it was not yet clear whether the attempted launch was a ballistic missile.

The location would seem to suggest it was an attempted launch from an airfield outside the North Korean capital of Pyongyang, site of several similar tests this year.

North Korea has launched nine projectiles this year, and Wednesday’s attempt would have been the tenth. The most recent successful launch took place on March 5. 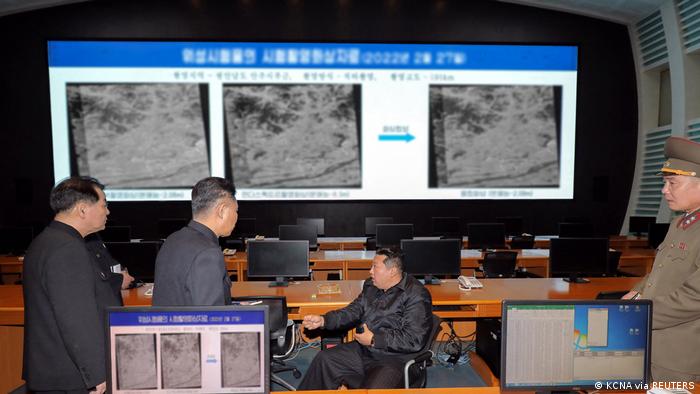 For recent projectile launches, North Korean state media published images purporting to show Kim Jong Un inspecting operations, after a period where he had stayed away from launch tests

Two of the recent tests at the same site were of a new intercontinental ballistic missile, according to the US and South Korea, which would be a violation of UN resolutions. North Korea said those tests were developing components for a reconnaissance satellite.

Washington and Seoul also said last week that Pyongyang appeared to be restoring some tunnels at its shuttered nuclear test site. The reclusive country has conducted six nuclear tests in total, all this century, but none since 2017.

A fresh ICBM launch would be an early test for South Korea’s new president-elect, Yoon Suk-yeol, who campaigned on a pledge to take a tougher line against the North.

Although Yoon did not rule out the possibility of dialogue with Pyongyang during the campaign, he and his party are more broadly seen as a hawkish alternative to his liberal predecessor, Moon Jae-in. Outgoing president Moon repeatedly sought rapprochement with the North during his 5-year term.