Editor’s note: Keith Lamb is a University of Oxford graduate with a Master of Science in Contemporary Chinese Studies. His primary research interests are China’s international relations and “socialism with Chinese characteristics.” The article reflects the author’s opinions and not necessarily the views of CGTN.

With CNN’s report on Nancy Pelosi’s planned visit to China’s Taiwan region, the U.S. is setting up a meeting with disaster. Pelosi being speaker of the House of Representatives means she will be the most senior U.S. politician to travel to Taiwan since her predecessor Newt Gingrich’s trip in 1997.

Pelosi’s visit cannot be construed as a personal one. Consequently, it represents a slap in the face of the one-China principle which has been the cornerstone of Sino-U.S. relations as well as peace and economic development in East Asia since China’s opening up.

The one-China principle acknowledges that there is only one Chinese government with the U.S. giving official diplomatic recognition to Beijing. Thus, Pelosi’s visit sends out a dangerous mixed signal. At best, the visit disrespects China’s sovereignty while at worst the optics suggests Washington is conducting state-to-state relations and seeks to disrupt peaceful reunification.

When it comes to Taiwan’s economy it is highly integrated with the Chinese mainland and the Hong Kong Special Administration Region, which make up about 50 percent of Taiwan’s exports. This will only increase as China and the rest of East Asia continue to develop together. Furthermore, Beijing’s “One Country, Two Systems” ensures that Taiwan’s governing system will be protected.

The fact is, the U.S. cares little about Taiwan residents, as it is them who would be on the front line of any potential geopolitical conflict that could ignite due to miscalculation. Certainly, in light of the “Pelosi insult,” Beijing has every right to make an appropriate response, which I expect will take the form of increased military drills.

Such a military response would not be an overreaction considering that a U.S. carrier group is heading towards Taiwan to coincide with Pelosi’s visit. In addition, Japan recently sent a parliamentary security group headed by the China Hawk Shigeru Ishiba to discuss plans for a possible conflict with Tsai Ing-wen. Clearly, through folly or planning, tensions are being ratcheted up. 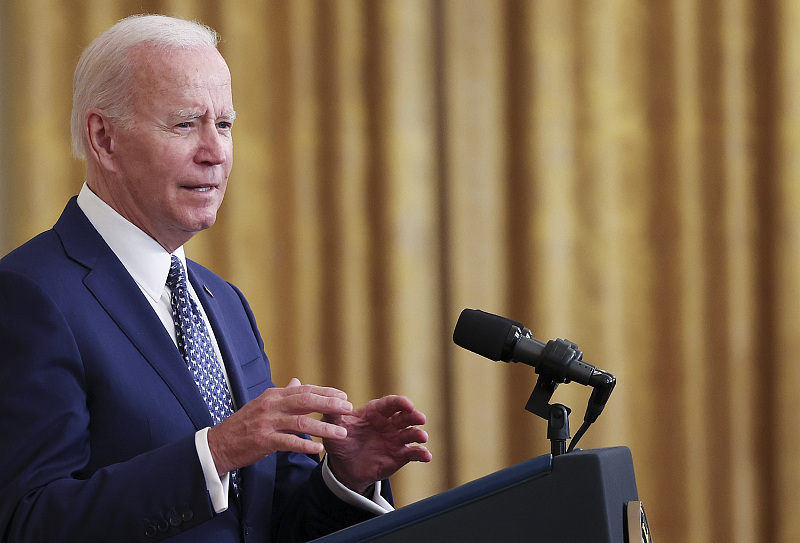 While actions speak louder than words, let us suspend reality and hypothesize that U.S. President Joe Biden, in his recent call with his counterpart Xi Jinping, can be taken at his word when he said that “the United States strongly opposes unilateral efforts to change the status quo or undermine peace and stability across the Taiwan Straits.” Under this scenario why on earth is Pelosi going to Taiwan?

The mind boggles. Reading acts like the “America COMPETES Act of 2022”, it is evident that there are some in current U.S. political circles that seek to combat China by maintaining technological superiority in the chip-making industry which Taiwan is at the forefront. Perhaps Pelosi seeks to gut out Taiwan’s tech industry by exporting more of it to the U.S. before China’s reunification. To test this hypothesis, we’ll have to keep an eye on her husband’s trading!

While we can’t rule out individual avarice, showboating, and folly, we must also consider that Pelosi’s trip is a carefully planned strategic gambit. If this is the case, what is this gambit? Claims of protecting democracy and freedom must be discarded as history proves these claims always have corresponding imperial ends that act as the driver behind this public image.

Undoubtedly, the U.S. would like to keep Taiwan under its orbit for the purpose of containing China through dividing it. Geopolitically, a united China would have access to the first island chain which would break through the U.S. rimland strategy which the U.S. uses to maintain its hegemony by controlling the edges of continents through naval projection.

However, this status quo of U.S. dominance is a fantasy that cannot last forever. The historic tide points to the eventual peaceful reunification across the Taiwan Straits. With this in mind, a power as belligerent as the U.S. would surely rather cook up an early war while China is still relatively undeveloped. As such, Pelosi’s visit, while not denying her own personal motivations, speaks to a wider strategy of poking China.

For the U.S. elites, such a conflict would provide another opportunity to harvest the misery of war. In turn, the whole of Asia would be dragged down and the U.S. would seek to use this win-lose strategy to retain its relative hegemony. Inevitably, the rest of the world will also suffer economically and if the conflict spreads the entire destruction of the earth is threatened with nuclear disaster.

With this in mind, even a “clever strategy” in the name of imperialism represents the height of folly. As such, the U.S. along with its allies must consider where they stand within the greater historical tide so that they avoid this meeting with disaster.